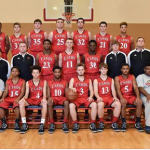 The Cardinals came from behind in the second half last night to defeat the Montgomery County Indians in the Boys Basketball 40th District Semifinals at Paris High School, 57-44. This is the first season sweep for the Cardinals over the Indians since the 2010-2011 season. Ryan Cooper and Will Philpot each led the Cardinals with 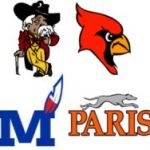 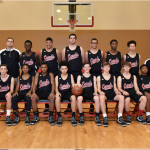 The JV Cardinals hosted Henry Clay last night at Letcher Norton Gym; however, the Cards were unable to finish the season on a winning note. The visiting Blue Devils won, 64-54. The JV Cardinals ended the season with a record of 18-6. The game was tied after the first quarter at 19. KJ Rucker led

Following the loss at Paris on Thursday, the Varsity Cardinals must have transformed into the mythological fire-bird known as the Phoenix. GRC was simply on fire by outscoring the Polar Bears, 37-6, in the first 13 minutes of the second half in The Igloo at Bracken County last night. Chase Taylor was 4 points shy

The JV Cardinals traveled to Bracken County last night to take on the Polar Bears @ “The Igloo”; unfortunately, our boys’ extremities appeared to have trouble functioning as normal for a team with a record of 18-4. Could the reason have been mass frostbite in “The Igloo”? No, the Polar Bears simply limited us to our lowest offensive

Coach Cook used 11 different players last night at Paris. He was without the services of two starters, Will Philpot and Jordan Graham, due to illness. Therefore, he used an endless number of different combinations on the floor. The Cardinals led with 2:35 remaining in the first quarter at 14-13; however, Paris scored 8 unanswered