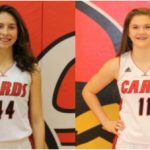 Bardstown, KY – GRC Hoops (9-0) found themselves in a 32-all deadlock with Green County at halftime of the semifinal game at the Franklin Family Chevrolet Christmas Tournament.  The Lady Cardinals decided to crank up the defense coming out of the locker room and used a 15-8 run in the 3rd quarter to take a 47-40 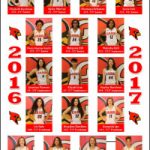 Winchester, KY – In addition to spending time with family and seeing what Santa left under the tree, GRC Hoops players and coaches will have a very busy Christmas season on the court as well.  The Lady Cardinals will be looking to extend their season-opening 7-game win streak.  GRC will be travelling to Bardstown the 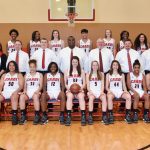 Winchester, KY – GRC Hoops (7-0) won 75-63 against Danville on Friday with the help of Maleaha Bell, who scored 18 points, and Elizabeth Hardiman with 17 points.  Bell and Hardiman dominated the paint and combined to make 14 out of 17 shots on the night.  The victory was the Lady Cardinals 7th straight to start the season. 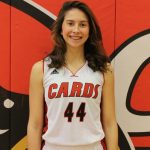 Winchester, KY – Jasmine Flowers 21 points propelled GRC Hoops (6-0) to a 79-31 victory over East Jessamine on Thursday.  A 30-point second quarter and a 28-7 run allowed the Lady Cardinals to pull ahead early, eventually claiming a 47-18 lead by halftime. Shooting a high percentage (5-7), Flowers had a great game from the field, also making 3 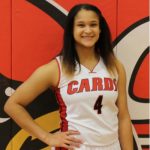 Richmond, KY – GRC (5-0) emerged victorious 41-30 against Madison Central on Monday on the strength of Elizabeth Hardiman who scored 10 points and pulled down 13 rebounds. The Lady Cardinals, who struggled to make shots most of the contest, grabbed the lead against the Lady Indians on a 3-pointer from Jasmine Flowers in the second period and held 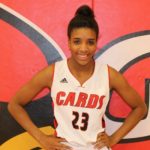 Park Hills, KY – GRC Hoops won 55-48 against Notre Dame Academy on Friday with the help of Shamaya Behanan, who scored 15 points. The Lady Cardinals saw a 4-point halftime lead disappear and found themselves down 38-35 at the end of the 3rd quarter.  Behanan scored 7 points during the 4th quarter and GRC sealed their 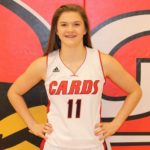 Carlisle, KY – GRC Hoops (3-0) was victorious against Nicholas County 62-44 on Monday with the help of Kennedy Igo, who scored 16 points.  At the end of the half, the Lady Cardinals were leading 38-20 due to a dominating 21-6 run. Igo was the leader of the GRC offensive attack with 16 points, including eight during the first 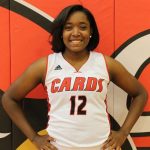 Winchester, KY – GRC Hoops (2-0) emerged victorious 77-29 against Paris High School on Saturday in the 811 Classic on the strength of sophomore Maleaha Bell, who scored 16 points. The Lady Cardinals connected from the field early, claiming a 39-16 lead at the half. With 25 points in the third quarter, GRC cemented their lead.  Bell led 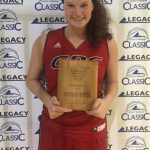 London, KY – Jasmine Flowers and Haley Harrison scored 18 points apiece to lead GRC Hoops (1-0) to a 71-57 victory over the North Laurel Jaguars on Thursday in the Legacy Nissan Classic. Elizabeth Hardiman was just behind with 17 points and was named the GRC player of the game.  GRC Hoops grabbed the lead against